In this written interview, Jeff Crisp, a Committee Member of UAI in the UK, questions UNHCR about its controversial role in Libya and asks what can be done to address the terrible plight of refugees living there.

Refugees in Libya are subjected to terrible forms and degrees of inhumanity. They can be prosecuted for ‘illegal’ arrival in the country. They are at the mercy of the country’s security services and militia groups. If they attempt to leave the country by boat they are liable to be intercepted and returned by the EU-supported Coast Guard, and then incarcerated in detention centres where they are subject to physical abuse, sexual violence, exploitation and trafficking.

For the past month, a large group of refugees, many of whom succeeded in escaping from detention, have been living on the street outside the UNHCR office in Tripoli, demanding to be assisted, to be provided with shelter and to be evacuated from the country. What response can they expect from UNHCR?

Q (Jeff Crisp): The refugees who have gathered outside the UNHCR office in Tripoli say that they have been left without food, water or shelter. Are these claims correct, and, if so, why can they not be assisted?

A (UNHCR): Together with partners, UNHCR has been able to provide some help, including food, cash and medical assistance, to some of the most vulnerable refugees and asylum seekers in several locations in Tripoli. Our protection team estimates that those currently camping outside the Community Day Centre (CDC) made up the majority of those assisted since the beginning of October. However, the CDC remains closed for security concerns.

The dire situation outside the CDC, where thousands have gathered after having been left homeless and lost all their belongings as a result of security operations in October, is of deep concern and requires an urgent and humane solution by the Libyan authorities.

We are particularly worried about the safety and well-being of the vulnerable women and children outside the CDC. They told UNHCR they had been prevented from accessing the building when it was still open by a handful of demonstrators. Some refugee community workers have similarly been threatened. While we understand the frustration and fears of those demonstrating, nothing justifies targeting these women and children. We continue an active dialogue with representatives of the protesters outside the CDC.

Q: Refugees in Tripoli currently have to rent accommodation from private landlords and are at high risk of exploitation and eviction. Does UNHCR have any alternative shelter plan?

A: UNHCR currently has no alternative housing for the thousands of asylum seekers and refugees stranded in Libya. We are trying to identify solutions to alleviate their terrible plight, but have very limited operational ability on the ground due to the lack of agreement with the host country, lack of visas for our staff and lack of security.

The fact that migrants, refugees and asylum seekers have irregular status is an aggravating factor. Many are forced to rely on high-priced and low-quality housing, exposed to eviction, in neighbourhoods where safety and security conditions are below standard.

Many buildings were demolished in the recent security operations, leaving thousands homeless. Rental prices further increased, and housing options dwindled, with many landlords reluctant to rent to non-nationals.

UNHCR provides emergency cash assistance to help cover shelter needs. We have urged the Libyan authorities to help find lasting solutions, including by raising awareness among landlords and securing protection from eviction.

Any alternative arrangement – such as collective housing facilities – would require key preconditions to be met, including freedom of movement and guarantees for the safety and well-being of those accommodated. It would be essential to ensure that all relevant ministries engage in the management and delivery of services. With other UN agencies, UNHCR is in dialogue with the authorities on such arrangements.

Q: Has any progress been made with respect to the closure of the Libyan detention centres where refugees and migrants are imprisoned, or to the improvement of conditions in them?

A: UNHCR has repeatedly advocated for the release of asylum seekers and refugees and deplored conditions in detention centres, which are often overcrowded, lack basic sanitation facilities and where human rights abuses have been well-documented – most recently by the Independent Fact-Finding Mission on Libya. Despite laudable attempts by some Libyan authorities, such as the Attorney-General’s Office, little progress has been made.

The recent wave of arrests and detention as a result of the security operation by the Libyan authorities in early October has further worsened the situation.

UNHCR and other UN entities continue to call for an end to the arbitrary detention of refugees and asylum seekers, and for the establishment of a judicial review system in Libya, in line with the Conclusions of the Second International Conference on Libya.

Q: What kind of assistance does UNHCR provide to refugees and migrants who are disembarked by the Libyan Coast Guard and to what extent does UNHCR have access to those people once they have been placed in detention?

A: UNHCR’s interventions at disembarkation points have a primary objective of saving lives by providing emergency humanitarian assistance – including water, food and medical aid. When possible, we also undertake protection monitoring to identify people under our mandate. While UNHCR is not able to trace all those disembarked, most of those rescued or intercepted are indeed transferred to detention. UNHCR has sporadic and limited access to detention centres, and no access yet to the newly created detention centres in the west of Libya.

UNHCR has reiterated that Libya is not a place of safety for disembarkation and that those rescued at sea should not be returned there.

Disembarkations are happening nonetheless, so we are calling for alternatives to detention for people intercepted or rescued at sea, as well as for appropriate disembarkation and reception arrangements, to ensure that the specific needs of people can be adequately met.

Q: The EU is providing the Libyan Coast Guard with boats, equipment and intelligence so that they can intercept, return and detain those refugees and migrants who are leaving the country by boat. What is UNHCR’s position on this? Why has the organization not called on the EU to withdraw such support?

A: UNHCR has always made clear that any support (by EU and other donors) to the Libyan Coast Guard or other Libyan State authorities should be made conditional on the human rights of refugees and migrants in Libya being upheld and respected. All those rescued or intercepted should be treated in a humane manner, respectful of their human rights, at all times.

Q: What is the current status of the evacuation programme from Libya? Why have flights been suspended, when will they resume, and what criteria are used to select people for evacuation?

Q: How many evacuated refugees have been resettled from the transit centres in Niger and Rwanda and what is the current rate of resettlement departures from those countries?

A: The Emergency Transit Mechanisms (ETMs) aim to provide protection to evacuees and identify solutions for refugees including resettlement, complementary legal pathways, voluntary return or repatriation to the country of origin or return to the country of first asylum. Local integration is also a possibility in Niger and Rwanda, subject to agreement from the relevant authorities.

Resettlement departures from the ETMs were severely impacted by the COVID-19 pandemic and its impact is still being felt in 2021.

Q: Have any of the people evacuated to Niger or Rwanda had their claim to refugee status refused? If so, what will happen to them?

A: In both ETMs the recognition rate stands at 99%. For the small number of people whose applications for asylum are rejected, other solutions are sought, such as voluntary return or regularization of stay according to relevant immigration rules, where appropriate. 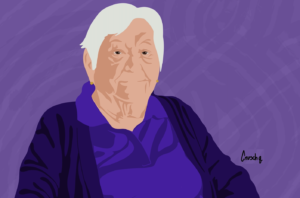 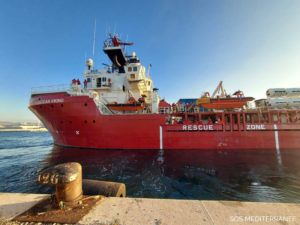 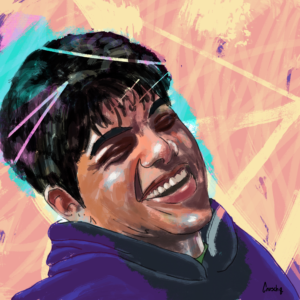