As our screens show the war in Ukraine, rises in the cost of living, and catastrophic weather events, desperate cries for justice can easily be overlooked.

Yet, in recent days, several devastating testaments to the horrors of war have been submitted by authoritative groups to the UN Human Rights Council in Geneva with little attention from the world’s media.

On 12 September, an Independent International Commission of Inquiry presented its most recent report (dated 17 August) documenting grave human rights violations in regime-controlled areas, appalling situations in refugee camps and deteriorating conditions for civilians in the North-Eastern part of the country. Click HERE to read a summary of the report and to access the full document

On 23 September, the US Government and the Syrian Network on Human Rights co-sponsored a webinar on Justice and Accountability in Syria during the 77th meeting of the General Assembly of the United Nations.

Representatives of the US, Canada, France, Germany, Netherlands, and the UK, highlighted small steps towards the use of ‘universal jurisdiction’ as a means of holding the most serious war criminals in Syria to account. Then, representatives of the Commission of Inquiry, the White Helmets, Syrian Women victims of arbitrary detention and torture, and Kenneth Roth, recently retired as CEO of Human Rights Watch, gave impassioned pleas for governments and civil society not to relax efforts to hold Bashar Al Assad and his regime to account for his crimes, and to resist efforts to normalise relations with Syria before a genuine transition to democracy has taken place.

On 19 September, the International Commission of Human Rights Experts on Ethiopia submitted a horrifying report on atrocities committed since November 2020 in Ethiopia. It is deeply shocking and disappointing that the crimes they describe do not seem to have elicited serious responses from individual governments or regional and global institutions including the Security Council. As the conflict slips further into obscurity, fighting has resumed in Tigray, which remains largely cut off from the outside world. Access for humanitarian aid to desperate people remains completely inadequate. The suffering continues.

Click HERE to read a summary of the findings of the report and access the full document.

On 12 July, the Independent Investigative Mechanism for Myanmar (IIMM) reported that crimes against humanity are systematically committed in the country. As the army has targeted civilians, women and children have found themselves in a particularly vulnerable situation, with people continuing to flee in their thousands. A press release dated on 9 August by the UN Human Rights Office says that states must do more to cut the Myanmar military’s access to revenue and arms supplies to halt its repression of the people.

Click below to read the IIMM Report and the UN Press Release.

As the press focuses on the war, Russian threats of nuclear weapons, and “referendums” in Russian-occupied areas, a team of three independent UN experts has submitted important evidence to the commission of war crimes to the Human Rights Council. The investigators listed Russian bombardment of civilian areas, executions, torture, and sexual violence.

REPORT ON WAR CRIMES IN UKRAINE

These reports demonstrate the appalling levels of impunity that are being enjoyed by the most murderous thugs in the world, and the complacency of democratic governments that compromise their own legitimacy by continuing to do ‘business as usual’ with regimes that behave with no respect for the law and no compassion for the lives of their own citizens.

Please ask your friends to sign our Call to Action, and to subscribe to our newsletter, to demonstrate solidarity with the victims of these monstrous crimes and support their struggle for justice. 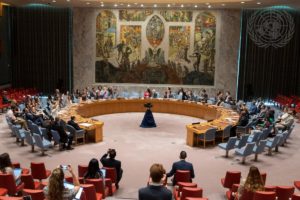 Syrian Cross-border Aid, Clashes in Ethiopia and a Shocking Report on the UK Special Forces in Afghanistan – Newsletter July 2022 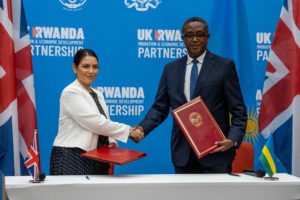 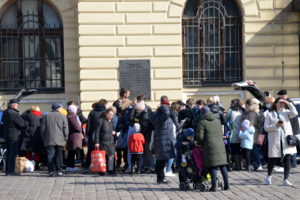