UAI in the UK is a not-for-profit association, affiliated to United Against Inhumanity (UAI). We are committed to promoting UAI’s Call to Action and bringing to an end the callous inhumanities of modern wars and the terrible suffering of refugees and those seeking asylum.

The Latest Posts from UAI in the UK 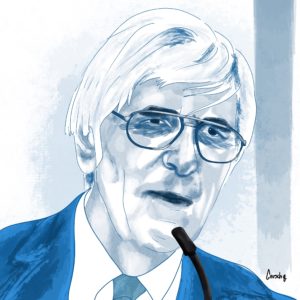 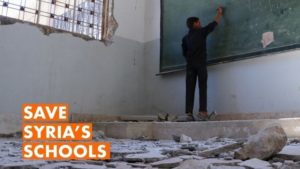 The CanDo ‘Save Syria’s Schools’ Campaign

About UAI in the UK

At the end of 2020, our association (full name: The United Against Inhumanity Association in the United Kingdom, but known as UAI in the UK) had 36 individual members, over 150 supporters and a Committee of nine.

Our focus in 2020 has been on the inhumanities of detaining asylum-seekers, combatting the criminalisation of asylum-seekers and those trying to help them, promoting access to education for children uprooted by war, and the protection of civilians in armed conflict. Small groups of committee members and others volunteer to take these issues forward.

To become a member or supporter of UAI in the UK, please write to .

The UAI in the UK Committee

Martin Barber (Chair): Martin has a long career in the United Nations. He immediately wanted to be part of UAI and currently serves on its International Executive Committee. He recognizes that the intergovernmental institutions charged with maintaining peace and security and protecting civilians in conflict are failing in fulfilling their responsibilities. He has the sense that the only way to respond, the only chance of being more effective, is for ordinary people from around the world to mobilize and transmit their outrage to their governments and demand change. Martin is currently an Associate Fellow at Chatham House. He can be contacted at .

Saba Almubaslat (Vice Chair): Saba is currently the CEO of the Asfari Foundation. With over 25 years of experience, in the Humanitarian Response & Development sectors, Saba led large scale development programmes with multiple donors and stakeholders as well as humanitarian responses of large scale during the Syrian and Iraqi conflicts. She directed national and regional programmes for nearly 10 years with Save The Children, establishing and leading the Humanitarian Leadership Academy. Working in some of the world’s most challenging countries and situations, Saba’s background includes front-line response in Lebanon, Jordan, Egypt, West Bank, Yemen, Tunisia, Libya and Azerbaijan. Now in the UK, she is working with one ethos, which has remained at the core of her career throughout; she strives to give local and national partners the opportunity to build resilience and lead development in their own context with proficiency.

Mark Bowden (Vice Chair): Mark Bowden retired from United Nations as the Deputy Special Representative of the Secretary-General for Afghanistan where he was also the United Nations Resident Coordinator (RC), Humanitarian Coordinator (HC) and UNDP Resident Representative in charge of coordination of the United Nations System activities between 2012 and 2017. For the previous five years, Mr. Bowden was the UN RC/HC and UNDP Resident Representative for Somalia where he was responsible for the coordination of the major famine relief efforts of 2011. He was previously assigned as the Director of Civil Affairs in the United Nations Mission in Sudan where he was also acting head of the political pillar of the mission. From 2001 to 2005 Mark was extensively involved in the design of humanitarian reforms as the Chief of the Policy Development and Studies Branch in the United Nations Office for the Coordination of Humanitarian Affairs. From 1999 to 2001 he was the first Conflict Management Adviser for Africa in the Foreign and Commonwealth Office. Mark is currently a Senior Research Associate with ODI and an Associate Fellow at Chatham House.

Lul Seyoum (Vice Chair): Lul is founder and executive director of International Centre for Eritrean Refugees and Asylum Seekers – ICERAS. Lul’s professional experiences spans over 20 years in Trade and Emerging Market Investments. Lul is passionate about human rights, gender equality and contributing to positive change. More recently her efforts have been focused on the plight of refugees in their exodus from their country of origin and transit. She works with a range of NGOs and organisations such as UNHCR, IOM, MSF, Amnesty International, Human Rights Watch, Refugees Deeply, ICRC, World Vision to raise awareness of the causes surrounding these forced mass migrations. Lul serves on UAI’s International Executive Committee and supports its mission to give a voice to those who have suffered the inhumanity of war and forced displacement and those who struggle for a chance to re-build their lives in dignity and full enjoyment of their rights. Lul can be contacted at:

Gill Grunwald (Hon Treasurer & Acting Secretary): Gill has a degree in Chemistry and taught for a number of years before a mid-life career change to work in the field of accountancy and bookkeeping. She has extensive experience of voluntary work on committees in the UK as well as in Thailand and Malaysia. Currently, she is Honorary Treasurer and acting Secretary to the committee and is also their Communications Manager.

Sarah Beeching: Sarah is an economist, strategist, and operational policy maker. She is passionate about tackling injustice and poverty through creating and delivering effective campaign and advocacy strategies. Sarah is the Founder of Oshun Partnership and has worked for DFID, Cabinet Office, World Bank and a host of UN agencies, foundations, CSOs and private sector organisations.  She has led many international policy negotiations including for the Global Partnership for Education, the Commonwealth Malaria Summit, G8 Nutrition for Growth Summit and the G20 London Summit.  She has generated strategies for many campaigns such as on One Health, rabies elimination, Every Woman, Every Child, Gavi replenishment and peace negotiations.  Her portfolio includes innovative finance solutions for health, education, water and sanitation. Sarah’s particular interest with UAI focuses on education inequalities particularly for children affected by conflict.

Jeff Crisp: Jeff is a specialist on refugee, asylum, migration and humanitarian issues. He has held senior positions with UNHCR, where he was Head of Policy Development and Evaluation, as well as Refugees International, the Global Commission on International Migration and the Independent Commission on International Humanitarian Issues, Jeff has first-hand experience of refugee situations and humanitarian operations throughout the world and has published and lectured extensively on refugee-related issues. He has a PhD in African Studies from the University of Birmingham. Jeff is currently affiliated to the Refugee Studies Centre, University of Oxford and the Royal Institute of International Affairs, Chatham House.

Michael Mosselmans: Michael is Head of Humanitarian Division at Christian Aid in London. He is also chair of ACT Alliance’s Humanitarian Reference Group; co-chair of the BOND-FCDO localisation working group; on the Coordination Group of Charter for Change; Christian Aid’s Sherpa to the Grand Bargain; on the IASC’s Operational Policy and Advocacy Group; on the Start Fund Strategic Committee; and secretary of VOICE’s Executive Committee. Before Christian Aid, Michael was Co-ordinator of the ‘Towards a Safer World’ initiative at World Food Programme (2010-2013); Chief of the Pandemic Influenza team at OCHA (2006-2010), and Head of the Conflict Humanitarian and Security and the United Nations and Commonwealth Departments in DFID (1999-2006).

Amina Khalid: Amina is Head of the Sustainable Communities Programme at Initiatives of Change in London.

Former Members of the committee of UAI in the UK

Sara Palacios Arapiles: Sara has been a member of UAI UK’s steering committee since 2019, and co-leads the UAI’s asylum working group. Sara is a Spanish lawyer (barrister and solicitor). She is currently a Doctoral Researcher at the School of Law at the University of Nottingham, where she has also worked as a Research Associate at the University’s Rights Lab (2018-2020). Previously, Sara worked in the field of international refugee protection, including at the UN Refugee Agency in the UK and at various NGOs that help refugees and asylum-seekers. In a consultancy capacity, Sara trains and undertakes research for asylum lawyers and NGOs. Locally and nationally, Sara is active in community outreach providing capacity building support to refugee-led community-based organisations.

If you want to get in touch directly with UAI in the UK, you can send an email to .

You can also get in touch via our general contact form below.